Victoria Lebrec is London Traffic Justice Campaigner at RoadPeace. She lost a leg in a collision with a lorry when riding her cycle. LCC works closely with RoadPeace on traffic justice 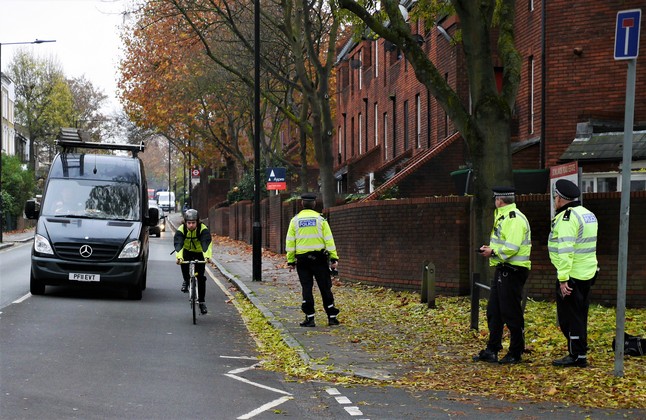 The issue of traffic justice is not one any cyclist wants to think about; we are only confronted with it when a crash has happened. It is an aspect of society which is alien to most, and the prospect of being involved in a crash as a cyclist is so chilling that it’s an element of road safety which is often looked over.

That being said, in London in 2018, 4,065 people were killed or seriously injured. 782 of those were cyclists. All of the injured and the families of those killed will have been thrust into the justice system. And that is without including the 3,973 who were reported slightly injured - many of those would have experienced the justice system as well.[1]

Traffic justice comprises of many things. It is the way our justice system deals with a crash - the quality of investigation, the way the victim is treated, the offence issued, the likelihood of prosecution and the sentence given, amongst others.

And why does this matter? LCC along with other groups, holds that traffic justice is a key component in reducing road danger. The more lenient our justice system is to drivers who kill and injure, the more society tolerates danger on the road.

Cyclists in particular fall prey to victim-blaming by the justice system. ‘Were they wearing a helmet’ ‘They should have known better than to be on the left hand side of a lorry’. ‘Cycling is dangerous - a crash was bound to happen’. These are the long-held beliefs that impact how a crash victim is viewed by police, the CPS, insurance companies, judges and jurors.

And there are long-standing issues at every stage of the justice system.

Charge. Few collisions involving a KSI reach a charging stage. And the combination of the type of offence and the way the data is collected makes it impossible to know how many. In 2018 in London, there were 41 prosecutions under death by driving charges[2], and 29 for causing serious injury/bodily harm. Yet the vast majority of serious injury cases will have been prosecuted under ‘Careless driving’. This is because no charge exists currently for ‘Causing serious injury by careless driving’. Thus of the 2,660 ‘careless driving’ prosecutions in London in 2018, it is impossible to know what proportion resulted in serious injury. And a driver who may have caused life-changing injury will receive a few points off their license and a fine. The charging issue is compounded by a tendency to ‘downgrade’. Drivers prosecuted for ‘dangerous driving’ will often have the CPS accept a guilty plea of ‘careless driving’, or the jury will find a driver guilty of the lesser plea.

Sentencing. Sentences given to drivers who kill and injure are also indicative of our justice systems’ leniency. Sentencing serves to punish and rehabilitate an offender, protect the public, and deter criminality. The current sentences given for driving offences do not achieve these aims. Driving bans - the punishment that truly fits the crime - are woefully underused. And since 2007, the number of convicted motorists sent to prison has fallen by 47%. And 65% of all motoring offences are 6 months or less.

LCC is putting in plans to expand our campaigning for road justice. The experiences of our members, and cyclists concerned by the way the justice system treats victims will help us to do so. If you are interested in campaigning on traffic justice, please contact info@lcc.org.uk with road justice in the subject line.