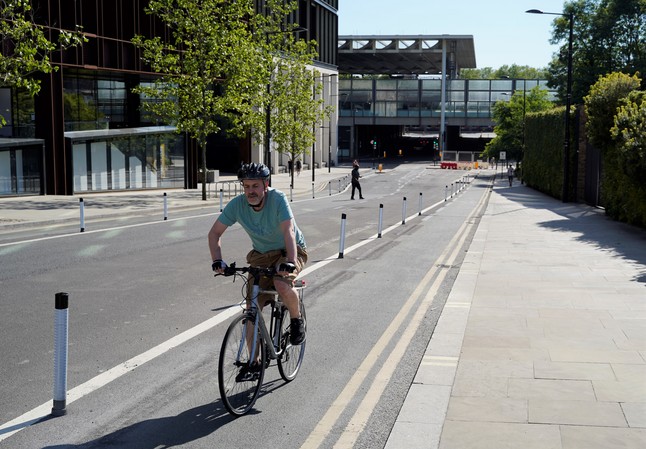 The first three weeks of TfL disbursing active travel funds to London boroughs has seen 24 boroughs funded to a total of £22.26m, Laura Laker writing for Road.cc has revealed.

If your borough hasn’t had much funding yet, or it has, now is the perfect moment to push our #StopTheTrafficTide action to members: https://membership.lcc.org.uk/help-london-stop-tide-motor-traffic-returning

The £22.26m is nearly half of the pot TfL has to use itself, or disburse to boroughs, on active travel schemes during the crisis in the first round of funding. It’s unclear how further DfT funding to London will be disbursed through the rest of the financial year. TfL has received an initial £55m for TLRN (red route) and borough schemes in the DfT’s first tranche of funding from which this £22m is drawn. DfT also gave £1.7m to TfL specifically on top and has put aside £100,000 for each borough too to bid for. A further £20m is set aside for London from the DfT by the end of financial year. But it’s unclear if any further active travel money will go to TfL on top or not. Three further weeks of funding rounds are expected from TfL to the boroughs in this first tranche.

Of the £22.26m, half goes to strategic cycle routes, over £4m going to low traffic neighbourhoods, over £3m to town centre schemes and £1.75m to “School Streets”. Many of the larger allocations by borough appear to be to finish off existing schemes that have already been started on.

Our infrastructure campaigner Simon Munk is quoted extensively in Laura Laker's piece. The concerns he has raised thus far are:

As above, this is early days for TfL funding and we’ve not yet seen DfT funding – so you shouldn’t be disheartened if your borough isn’t funded yet (although now is a perfect moment to push our #StopTheTrafficTide action again to make sure your council leader has put in a bold bid: https://membership.lcc.org.uk/help-london-stop-tide-motor-traffic-returning

Either way, this looks like a lot of very useful and exciting schemes, and indeed some signs the Mayor, TfL and the boroughs are beginning to shift gears finally. If we’re to have a city “unrivalled” for active travel as Walking & Cycling Commissioner Will Norman has said, we’ll need a lot more schemes, faster, to catch up to Paris. And, as Caroline points out, we’ll need funding to turn these schemes permanent and to #StopTheTrafficTide coming back, resulting in more cars than we’ve seen for decades clogging our city streets.