New government funding for cycling – but what’s for London? 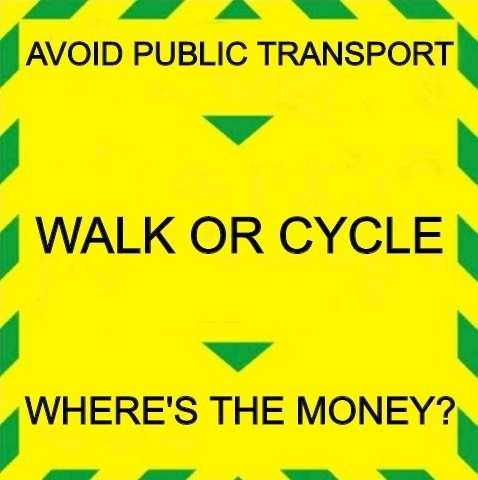 UPDATE 14/05/20: Over the last few days, the media has carried images of crammed tube and bus routes with social distancing clearly failing. TfL continues to say that it will ramp up frequency of service, but that overall capacity will not improve above 20%, more likely lower. Given this, it is clear that either TfL is prepared to put in plans rapidly, as services ramp up to limit entry numbers to buses (taping off seats, drivers monitoring numbers etc.) and tube carriages (guards at station entrances) and implement other social distancing measures, or we face not only worse traffic, but worse spread of Covid-19 via public transport too.

UPDATE 13/05/20: We are hearing that a significant chunk of the £250 million the government has made available to English councils for schemes during the crisis is headed for London - the figure we have been told is in the region of £45 million. It remains to be seen whether this will, most likely, be passed to TfL for boroughs to bid for, or be directly passed to boroughs. This would amount to less than £1.5m per borough if equally distributed. £1.5m can go a long way in temporary schemes, but it won't be enough to begin to deliver on a full borough suite of schemes, or the Mayor's Streetspace plan, much less get TfL back on its feet.

The government, in a series of announcements before and over the weekend, has announced the first steps to ease the Covid-19 crisis lockdown in England. Included in those steps was much talk of the centrality of cycling in getting people moving again (the Prime Minister, Boris Johnson even suggested “this should be a new golden age for cycling”). But will the cash announced and guidance be enough to get people forced off public transport cycling instead of driving? And what funding will London specifically get?

Public transport – not back soon

The Mayor of London, TfL and indeed the Prime Minister have all been clear that public transport will not be an option for most people to use for a long time. Estimates vary, but TfL reckons that social distancing measures will mean even with trains and buses running at full frequency, the network will only be able to serve between 13-20% of previous levels of use. Given the distances typically done on buses and tubes, this means a straight fight for those displaced journeys between cycling and the car.

Big money, but not in London

On Friday, Grant Shapps MP, Secretary of State for Transport, announced a massive £2 billion for walking and cycling. However it rapidly became clear that that wasn’t new money – it was part of the £5 billion already announced in February (including buses). It’s great news the funding levels for cycling are set to be hugely increased, though.

What was more welcome as new news was that £250 million of that funding is being brought forward for English councils to spend during the crisis on “pop-up bike lanes with protected space for cycling, wider pavements, safer junctions, and cycle and bus-only corridors”. Again though, there’s a catch. When the £5 billion, which the £2 billion comes from, was announced it explicitly was for “every region outside London”.

The government had already cut the operating grant it gave to TfL by £700 million a year, as well as cutting it out of other funding streams too (including London’s share of Vehicle Excise Duty). Now, TfL will be forced to run a nearly full timetable, but with at best a fifth of previous fares, while simultaneously trying to roll out its Streetspace plan to boost walking and cycling and hold down car use. And none of the announced money appears to be heading towards London.

On top of that, the government's £27 billion road-building budget doesn't appear to be on hold, or much reduced. So while TfL are having to run a high-frequency public transport system without much in the way of fares, and as every day the cars come back to our roads, there still does not appear to be a clear settlement for how London is supposed to run public transport system, let alone do any more, from the DfT or government. As a result, we could well end up with worse motor traffic congestion and pollution than we’ve seen in decades if that funding isn’t made available, and fast. Without funding now, there is a very real risk that Londoners will be forced to choose between cramming into crowded tubes and buses or sitting in polluted, congested roads in cars.

As well as the funding, Shapps announced that trials of e-scooters will be brought forward for all over England, he also released new statutory guidance on highways designs that mainly serves to underline the urgent need to keep motor traffic levels down, but at least does it in a very forceful manner, that indicates that emergency schemes of some sort are mandatory. Shapps backed this up in the guidance forward saying: “The government therefore expects local authorities to make significant changes to their road layouts to give more space to cyclists and pedestrians.”

Shapps also revealed that a new Cycling and Walking Investment Strategy would be launched in the summer, alongside the creation of a national Walking & Cycling Commissioner post and “inspectorate” to back them, plus the long-awaited LTN 2/08 update of the government’s design guide for cycling, a long-term funding stream for active travel and at least one zero emissions city centre.

These are perhaps the most promising of all of the government’s announcements, but are yet to actually arrive. Meanwhile, on Sunday, the Prime Minister announced the start of a plan to ease out of lockdown.

The plans include unlimited outdoor exercise, a phased return of schools and workplaces, with cafes coming later in July, if they can provide socially distanced space – and all of this subject to cases not rising again. The PM also touched directly on transport in his speech on Sunday: “Avoid public transport if at all possible… when you do go to work, if possible do so by car or even better by walking or bicycle.”

Again, the worry is without rapid action now and funding to enable it, it’ll be the first of those three transport modes more will use.