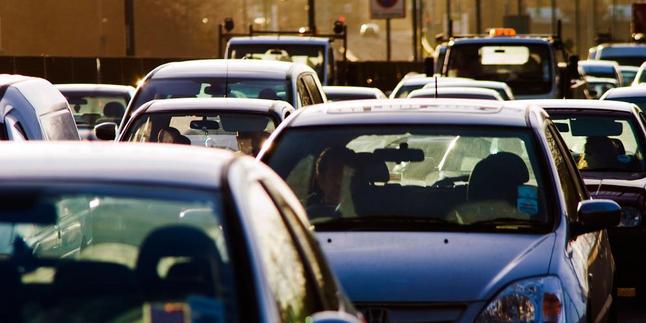 The Evening Standard has announced this morning (and we’ve just seen the press release come in too) that the Mayor and TfL are considering charging drivers from outside London coming into the capital £3.50 in order to plug a financial hole that has been caused by the government cutting revenue funding to TfL and of course the massive reduction in fares from people avoiding public transport during this crisis and likely beyond it for some time.

“The London Cycling Campaign strongly welcomes the Mayor’s announcement of a potential new charging scheme for London’s roads. But our support is conditional on the new revenue raised being spent on greater provision for walking and cycling, and on expanding access to public transport. The climate emergency, the huge damage to public health created by air pollution and inactivity, and the blight of congestion all demand decisive action to reduce London’s reliance on motor cars. This new charge, if invested in green and active travel, will help address all of these huge problems in one go. And, alongside the planned ULEZ expansion, it will be an important step towards a comprehensive, smart road pricing scheme for the whole of London. However, we are very concerned at the axe hanging over the Santander Cycle Scheme. This scheme has played an important part in increasing cycling levels and reducing congestion. We need more on-demand cycle hire provision, not less.” Dr Ashok Sinha, CEO, London Cycling Campaign.

London cannot sustain an ever-increasing population and its demand for daily travel without cutting back private car use. Road pricing (alongside massively boosting cycling, walking and public transport provision) is the only effective way of achieving this. The fewer cars enter London the more inviting the capital is for walkers and users of cycles and public transport, and the more space can be devoted to other modes on our streets.

LCC’s Climate Safe Streets report spelled out in detail the urgent need to introduce smart road pricing across the capital and , in due course, the Mayor must integrate the various emission and road charges into a smart system. It also highlighted the need for a range of shared vehicles whether electric cars or shared cycles to enable more trips with fewer emissions.

We know that successive London governments have put road pricing on the agenda. Ken Livingston introduced the congestion charge and, his successors as Mayor, Boris Johnson and Sadiq Khan, have both have included road pricing in their versions of the London Plan. More recently, London Councils, the body that represents all 33 London local authorities specifically endorsed a road pricing proposal to: “Radically reform the focus of the road network in London by working with the mayor and TfL to introduce a London-wide road pricing scheme that can underpin fair contributions by people using our roads, and supporting significant enhancement of strategic interconnection of walking and cycling routes across borough boundaries”.

As experience from other cities demonstrates, efficient and popular public transport systems require a degree of subsidy whether that money comes from road pricing, taxation, excise duties or government subsidy. London remains a lone exception where public transport fares are expected to pay for an extensive transport system to serve 8.5 million people. That has to change and road pricing appears to be the solution.