The Royal Borough of Kensington and Chelsea announced plans today for a pop-up shop on High Street Kensington to sell the bollards or ‘wands’ from the street’s scrapped bike lanes. (Update: April Fool's post)

April Fool’s Update: For those arriving at this blog and not noticing what day of the year it was originally posted, did we fool you?

The council’s report before its recent decision not to reinstall the cycle tracks stated: “Once a decision is made about the future of the Kensington High Street scheme, officers could seek to resell any wands which are no longer required, to recover as much of the original outlay as possible”. 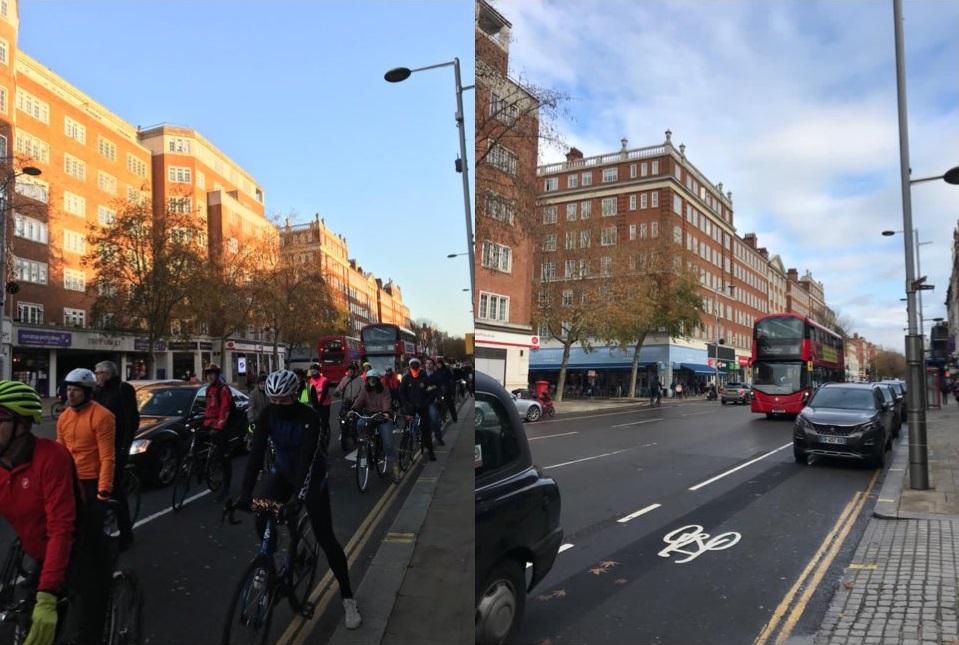 Transformed: before and after the removal of the wands on High Street Kensington

The temporary shop is already being stocked on High Street Kensington with the 1,000 wands purchased for the scheme, originally costing £67,000. LCC visited the site yesterday.

“Rather than ‘wasting money’, we see an opportunity to make a profit,” Kensington & Chelsea councillor Ann T. Child tells us, holding up one of the wands. “This seems appropriate given the decision was to help businesses on the high street.” 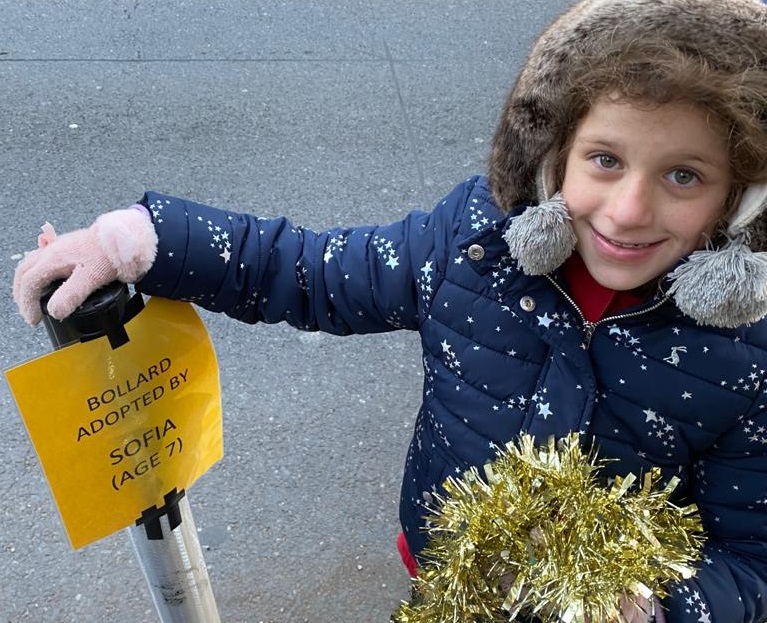 Who are the customers expected to be?

“The wands are very popular with key workers, families and children,” says Ann T. Child. “Kids go crazy for them – they even ‘adopted’ the wands before they were taken off the road. Now hundreds of children can have their own wand to take home!”

Fellow Kensington & Chelsea councillor, Max Carbon, also points to a list of over 80 businesses, community groups and institutions who were big fans of the wands, including the Royal Albert Hall, 17 schools, 7 hospitals, and two universities.  “We think they’ll sell out fast – and we’ve got retail experts like Peter Jones and Waitrose to take them off our hands if necessary.”

Cllr Child explains that the shop is located in a prime high street position outside Boots who had confirmed to the Council they were quite happy to see the wands once more.  “We are thinking of making the whole shop drive-through so that customers don’t have to get out of their vehicles at all.”

But won’t that just create more congestion and emissions? Hasn’t the borough declared a climate emergency?

Max Carbon responds: “Of course. We will put up anti-idling signs inside the shop and offer a discount to drivers of electric vehicles.”

Residents were given a hint of the bonanza sale before Christmas – while the wands were still bolted uselessly to the road – when London Assembly member Tony “Tone” Deffe and Evie Carr-Loveur MP almost broke the internet with their popular duo video.

On Wednesday @RBKC is reconsidering the decision on High Street Ken Cycle Lane. I’m grateful for all Elizabeth Campbell & her team’s work on this & for local patience, despite pathetic bullying from @SadiqKhan. The points in this video still apply. pic.twitter.com/zebSZt2Yoi

Their words, though barely audible over the traffic, appear to include: “We like wands.  We are wand collectors ourselves.  But these wands are not the right wands, and following purchase enquiries from Cairo to Caracas  – and because the Council asked us to make this video – we demand the wands are sold.  Forthwith.”

Two other Kensington and Chelsea councillors were keen to clarify their recent decision to not put the wands back on the road.   “We may have first decided to sell the wands because we personally don’t like them, but we want to be clear we’ve made a fresh decision with an entirely open mind and having regard to all material considerations” Cllrs D’Odgy and D’Ossier told us, reading from a script hurriedly handed to them by a concerned official.

But are the wands magic?

We contacted Better Streets for Kensington & Chelsea for comment.  Chair Justin Abbott says, “We wish our councillors were only fools for one day in April… As it is, we’d like to point out that the wands’ magic works best when they’re installed on the road. Please visit us at www.betterstreets4kc.org.uk to help make Kensington High Street safe for cycling again.”