This circular route starts from Arundel, with a shorter circuit from Amberley. The full route takes you to seven attractions in West Sussex, far too many to visit in one day, but you can pick and choose. The ride is nearly all on country lanes, but there are a few sections on busier roads and two bridleway sections on the full-length route. Many of the lanes run through woods and under shade, so this ride would be good on a warm day. Young children will be fine on the quieter parts of the route, such as Arundel to Bignor or Pulborough Brooks, but probably not the Petworth section. Check opening times before you visit.

OPTING FOR THE SLOW ROUTE

To avoid two sections of busy main road on the longer loop, our suggested route follows a pair of quiet bridleways. One is a hard stone/gravel trail like most people will have ridden at some point, and the other is a two-mile riverside path of which parts may require you to push your bike (unless you’re a mountain biker). These are worthwhile ‘diversions’ though, as you really feel like you’re getting away from it all and immersing yourself in the landscape. So much nicer than mixing it with fast-moving traffic and it allows you to return much more peacefully to Arundel. So embrace the slower pace we say — it’s a wonderful area, with so many sights to take in that you wouldn’t want to rush anyway!

FINISH: As for start.

TIME: 3.5-6 hours depending on stops and visits to attractions.

SUITABLE FOR: Hybrids, mtb or gravel bikes for the longer route; any bike for the shorter route.

You’re in the National Park as soon as you join the quiet, meandering lane through Warming camp, Wepham and Burpham. These pretty villages sit along the edge of the hills above the River Arun, with old stone cottages, and countless primroses on the banks. The tarmac gives out on the lane out of Burpham at a farm, but mysteriously reappears near the top of the descent into North Stoke. The next lane runs peacefully next to a railway line, between banks and trees.

It’s easy to miss the steady old industries of the region, but in this old chalk quarry you can find a narrow-gauge railway, early telecoms and electricity, printing presses, pottery, working blacksmith, and transport heritage. Nearby Amberley Castle is now a luxury hotel and restaurant, while Amberley Village Stores sells a range of fresh food and drinks for your onward journey.

The character of the landscape changes here: after a mile or two the road becomes surrounded by low-lying woodland. Everything feels slightly damp and shaded; enjoy the breeze on your face.

This RSPB conservation site, set in the floodplains of the Arun, features lowland heath and water meadow. Although the RSPB focuses on birds, their habitats benefit a wide range of wildlife. It’s typically hands-on too, continually developing sustainable natural features.

You’re riding through woodlands for a little longer, then out through fields and bridges surrounding the River Rother. After Coldwaltham, keep an eye outright for the tiny chapel of St Agatha; except for the belfry, it is unchanged since the 11th century. It’s hilly near Petworth; this ride is quite a workout for its 58km.

The 17th-century house and Capability Brown-designed park are unmissable if you’re a National Trust fan. The main car park with bike racks is a mile north out of town on a fairly busy road, but there’s a pedestrian entrance by the church in the town centre also with bike racks. National Trust properties can be hard to reach without a car, but arriving at historic houses under your own steam is entirely appropriate.

Enjoy the hilly lanes to Bignor. A barn owl found us before Sutton; perhaps he’ll do a special fly past for you too. Sutton is another beautiful village with aged stone houses. There is a short 16% climb at Bignor Mill; and look out for Yeoman’s House – you can book it for short breaks if you’re smitten with the area.

The buildings you can see on the crest of the hill have protected the site for over 200 years, following the moment in 1811 when farmer George Tupper hit a basin with his plough. He brought in experts, who discovered a sizeable Roman villa with stunning mosaics and hypocaust, and built the distinctive thatched buildings. If you turn round to face the Downs, you are looking at the same contours that Bignor’s residents would have seen around 2,000 years ago.

If you want to go back to Arundel via Burpham, head back to Amberley and retrace your route east of the Arun. The rough bridleway runs along the west bank. Once over the motorbike-prohibiting gate, the trail is slightly bumpy, packed mud at first, but tree roots soon cross the path. Get off and walk when it becomes too much. Eventually the tree roots end and the trail undulates over dirt and chippings. When you pass the first of several ‘No Entry’ gates into Arundel Park, you are nearly back on tarmac, which returns at the farm just outside South Stoke. Keep an eye out for the splendid lion and horse-topped gateway.

This is one of the UK’s nine Wildfowl and Wetlands Trust sites, the first being Slimbridge, set up in 1946 by Sir Peter Scott. This fabulous site provides habitat for mammals, rodents and birds, with guided boat tours, meadows, a boardwalk and events.

Still owned by the Duke of Norfolk, the castle contains a collection of paintings, interesting rooms, stone staircases and even a proper dungeon. 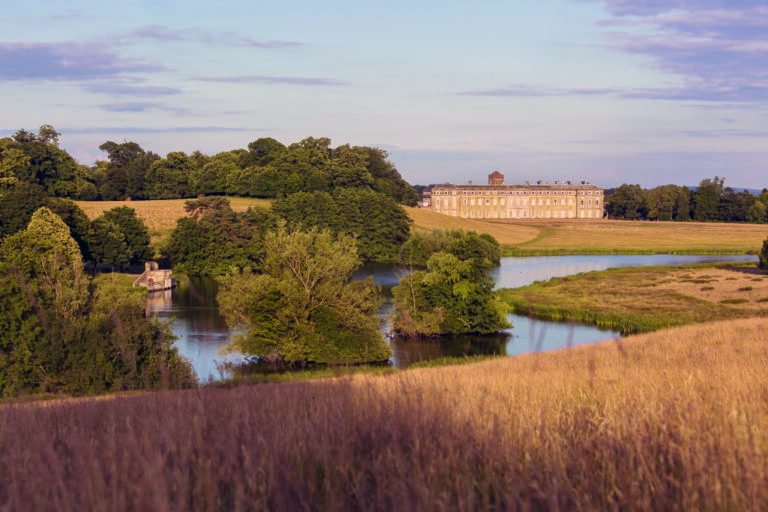